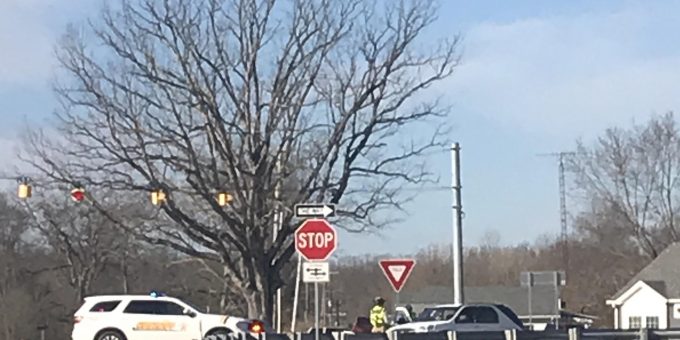 (NEEDMORE) – One person was injured in a two-vehicle accident Friday morning at State Road 37 and Trogdon Lane.

According to a Lawrence County Sheriff’s Department report, 74-year-old Rachel Green of Mitchell stopped her 2004 Buick Rendezvous at the intersection. At the same time 55-year-old Shelly Weddle of Bedford was traveling north on State Road 37 in a 2018 Hyundai Accent.

Police say Green entered the intersection and was struck by Weddle’s vehicle on the driver’s side.

Weddle was freed from the wreckage by responders. She suffered internal injuries and was transported by a Seals ambulance to IU Health Hospital for treatment.

Green was not injured.