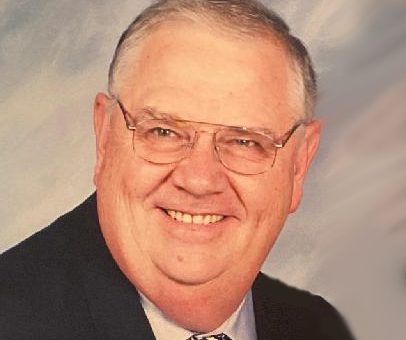 Butch was a loyal, dependable, lovable father, grandfather, brother, nephew, cousin, and friend. He loved to talk about vehicles, attend races, tell stories, and spend coffee time with his friends and fish with his grandkids and brother.

Butch Chastain was a big man with a very big heart and always reached out to others. Each job he had, he loved, giving it his entire heart, especially driving the school bus.

He loved his country, giving two years of service in Vietnam. He taught his children and grandchildren the same love and respect. He always removed his hat, covering his heart for the flag.

His great heart was for the City of Mitchell and the citizens of the city. His 25 years in the Police Department and eight years as the Mayor were spent encouraging the betterment of every aspect of the city.

Anyone who knew Butch Chastain, knew him as a true man of God, a man of honesty, integrity, and honor. He lived by example and served by example.

Morris “Butch” Chastain, a man who will never be forgotten.

Graveside service will be at 11:00 a.m. Wednesday, January 27, at Mitchell Cemetery with Steve Dorsett officiating.  Military honors will be accorded by American Legion Post No. 250 and Veterans of Foreign Wars Post No. 9107.   The Spring Mill Fraternal Order of Police No. 172 will conduct a memorial service.

Memorial gifts can be made in Butch’s memory to Gideon International or Lawrence County Suicide Prevention Coalition.