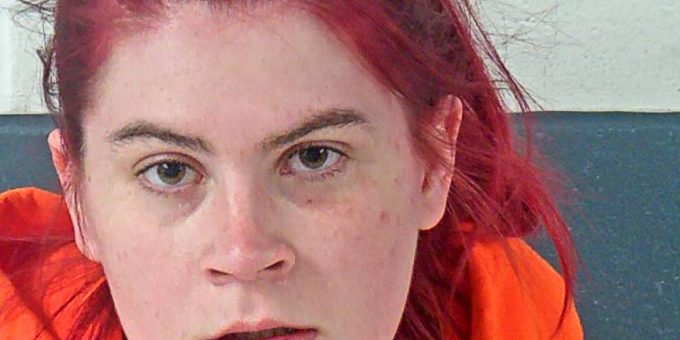 (BEDFORD) – A Mitchell woman was arrested after a Bedford Police officer stopped her for driving impaired Saturday night.

Police arrested 21-year-old Jameelia Grimes, on charges of operating a vehicle while intoxicated endangerment, OWI, possession of meth, and possession of a controlled substance.

According to a probable cause affidavit, a Bedford Police officer stopped Grimes’ vehicle at State Road 37 and Fifth Street around 10:40 p.m. after he witnessed her driving in the left lane and crossing over the fog line nearly driving into the median.

The officer said Grimes was unsteady on her feet, her eyes were glassy and her speech slurred.

Police K-9 Zazu did a search around the vehicle and alerted officers to possible drugs inside.

Grimes was administered a standardized field sobriety test but failed to pass.

During a search of the vehicle, officers found a plastic baggie that contained meth. Suboxone and a pill in Grimes’ pockets, which she did not have prescriptions for, were also found.

Through an analysis of her saliva, she tested positive for meth and amphetamine.

She was transported to IU Health Hospital for a blood draw, those results are pending.