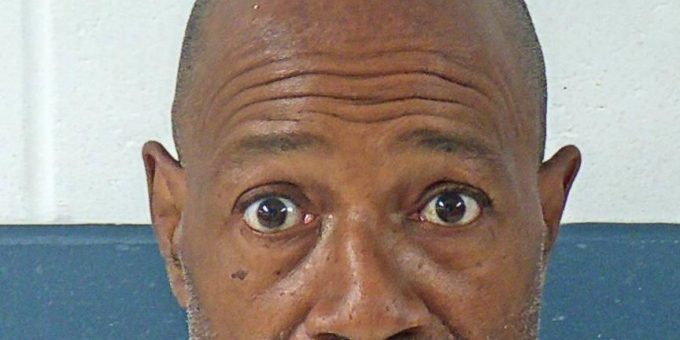 (BEDFORD) – A Bedford man was arrested Saturday around 6 p.m. after he stopped his vehicle in the southbound lane of K street, blocking the alley between the police department and city hall.

Earlier that day, a male matching this male’s description, was witnessed doing similar actions but pulled a knife and spun it on the roof of his vehicle. He left before police could arrive on the scene.

Because of the earlier incident, the officers approached the male with caution. At the trunk of his car, he yelled at the officers stating he was checking to see if the police department door was unlocked. He then entered his car and drove away yelling “some of your boys are playing games with me”.

Officers were able to obtain and run the license plate number of the fleeing vehicle and discovered the vehicle was reported stolen.

Officers were able to catch up and detain 61-year-old Donald Smiter. During detainment Smiter was combative.

While officers were taking inventory of the vehicle, Smiter continued to be charged, repeatedly kicking with such force to bow the patrol car door. These actions led the officers to shackle Smiter.

Smiter was transported to jail.

During the booking process, Smiter was unhandcuffed and asked to place his hands on the counter. Instead, Smiter threatened the officer, lunging at him. Smiter was again restrained back in handcuffs.

Smiter was arrested on charges of resisting arrest by force, disorderly conduct and being an unlicensed driver.