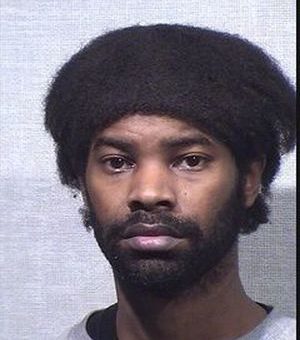 (SEYMOUR) – A Georgia man was arrested on two felony counts of operating a vehicle while intoxicated causing death and reckless homicide.

The charges stem from a fatal accident that led to the death of 41-year-old Daniel Cosma. On July 9, 2020, Cosma of North Royalton, Ohio, died at the scene after the two-vehicle crash in the southbound lane at the 53-mile marker in Jackson County.

Indiana State Police arrested 32-year-old Douglas Nicholl, of Decatur Georgia. He was booked into the Jackson County Jail on Thursday at 11:29 p.m. and is being held without bond.

According to an ISP Reconstruction Team report, Cosma was driving south on I-65, in a 2001 Volvo truck pulling a trailer, just north of Seymour. Due to a mechanical issue, he stopped his semi around 9:30 a.m. in the right lane of I-65. No shoulder is available in the area, forcing Cosma to stop in the right lane, ISP said.

Nicholl was not injured.

The southbound lanes of I-65 were closed for nearly four hours while police investigated the accident and cleaned up the wreckage.