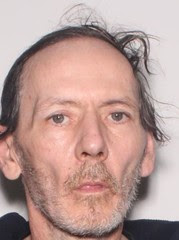 (COLUMBUS) – A Silver Alert has been canceled for a missing Columbus man.

The alerted was canceled just before 8 p.m.

Wesler is 5’7″ inches tall, weighs about 145 pounds, has gray hair and hazel eyes.

He is believed to be in extreme danger and may require medical assistance.

Anyone with information related to Wesler’s whereabouts should call the Columbus Police Department at 812-379-1689 or 911.