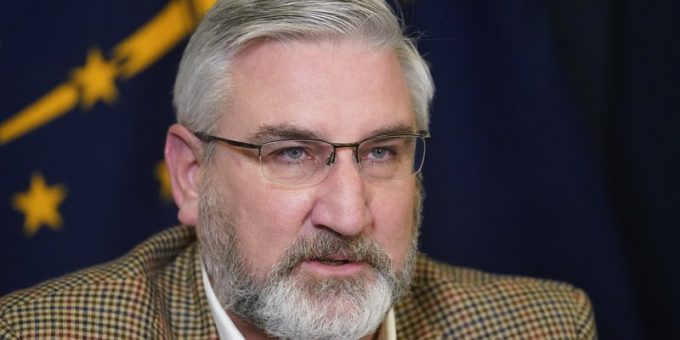 Indiana has made vaccinations available so far to health care workers and those ages 70 and older since the first shots started being given in early December.

State Health Commissioner Dr. Kristina Box said vaccination appointments will next open up for about 350,000 Indiana residents between ages 65 and 70.

“Right now, we are unable to predict when that will happen,” Box said. “We find out on a Tuesday, what our allocation for that week is, and we work based on those numbers. For now, we continue to get about 78 to 80,000 doses weekly.”

About 362,000 people have received at least the first of the two-shot immunization so far in Indiana, according to state health department figures updated Thursday. That is about 40 percent of the nearly 900,000 of the state’s 6.7 million residents now eligible for the vaccine.

Health officials said vaccination appointments are largely filled through the end of January.

Box said vaccination sites throughout the state have “the ability to dramatically increase the number of vaccines that they could do each day if they just had the supply.”

The health department has added 391 coronavirus deaths in the past week to the state’s pandemic toll, which has reached nearly 9,600 fatalities including both confirmed and presumed COVID-19 infections. The state’s seven-day rolling average of COVID-19 deaths has declined to about 50 per day after peaking at 86 a day in mid-December.

The state health department’s updated weekly tracking map labels 34 of Indiana’s 92 counties at the highest risk level for coronavirus spread, down from 73 last week as the state’s COVID-19 hospitalizations and rate of new infections have declined since peaking in early December. All other counties but one are in the next-riskiest rating of the four-level system.

Holcomb said he was extending through next week his executive order imposing crowd size limits based on each county’s risk level. He has been extending that order, which includes the statewide mask mandate, by at least three-week intervals but said he wanted to keep reviewing the risk around the state.

“We don’t want to get ahead of ourselves, we still have most counties in red,” Holcomb said. “And so while I may be giddy right now just looking at trends and trajectories, we’re still over double digits of the positivity rate, and we’re still losing people, and so we want to make sure that we do this in a very responsible data-driven way.”

Some information from Tom Davies, https://apnews.com/