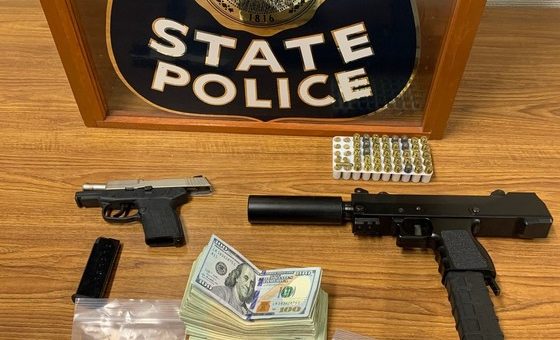 While speaking with the occupants, the trooper smelled the odor of smoked marijuana coming from inside the vehicle.

During the traffic stop, the trooper believed that other criminal activity was taking place.

A search was conducted of the vehicle and occupants.

Inside the vehicle, troopers located two firearms, 23 grams of meth, and a large amount of cash.  The firearms seized were a Kel-Tec PF9 9mm handgun and a Masterpiece Arms MPA Defender 9mm handgun.

The driver and passenger were taken into custody and transported to the Lake County Jail without incident.