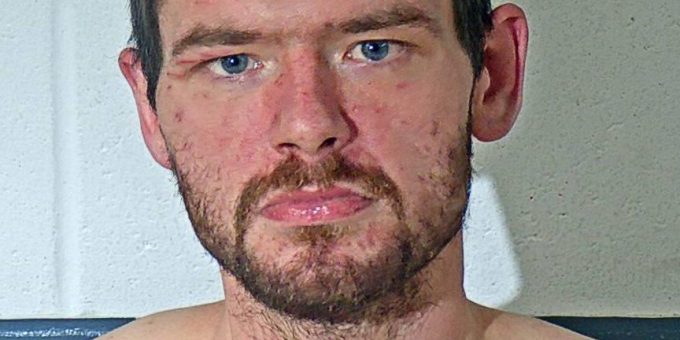 (BEDFORD) – A Solsberry man was arrested Friday afternoon after Bedford Police officers were called to the Super 8 Motel about an intoxicated male causing a disturbance.

When officers arrived they made contact with 30-year-old Cameron Marling who was refusing to leave the motel.

Officers say Marling was disoriented, unsteady on his feet and his clothing was disheveled. He uttered statements like “he ran from the crime scene the night before” and “he was involved with the cartel”.

Due to Marling’s level of intoxication, an IU Health Hospital ambulance was requested. Marling was transported to the hospital for a medical evaluation.

Marling became combative at the hospital, kicking an IU Health emergency room nurse in her side.

Marling was placed in handcuffs and once cleared by the hospital staff was arrested. Officers had to carry Marling to the transportation vehicle because he refused to walk on his own.