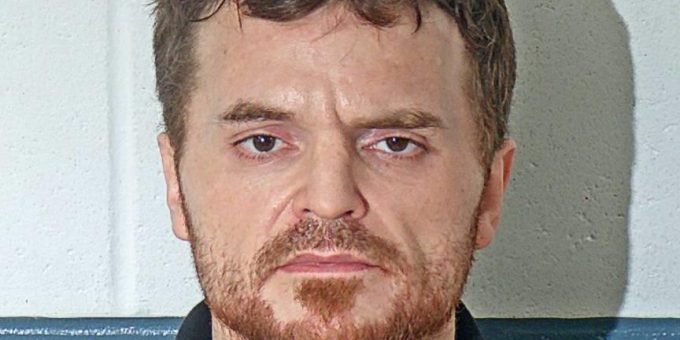 (MITCHELL) – A Mitchell man was arrested on a warrant Friday after a Mitchell Police officer found him passed out in a vehicle.

According to a probable cause affidavit, on December 28th at 4:32 p.m. a Mitchell Police officer was called to the CVS parking lot after a report of a man passed out in a black Ford Mustang.

The officer woke 34-year-old Evan Barnhart by shaking him.

The officers said Barnhart’s was in a confused state and was reluctant to answer questions.

A first responder with Mitchell Volunteer Fire Department reached in from the passenger side door and placed the vehicle in park and turned the vehicle off.

While first responders cared for Barnhart, the officer noticed a glass smoking device with a black tar substance in the passenger seat. The officer knew from experience this was used to smoke meth or heroin.

The officer also located a pill container that contained suboxone, two other glass smoking devices and a rubber hose with a brown liquid inside.

An ambulance arrived on the scene and he was transported to the hospital for a medical evaluation.

At the hospital, Barnhart refused to submit to a blood draw and a warrant was requested and granted for that blood draw.

The information was forwarded to the Lawrence County Prosecutor’s Office and a warrant was requested for Barnhart’s arrest on charges of possession of meth, possession of drug paraphernalia, operating a vehicle while intoxicated, OWI refusal.