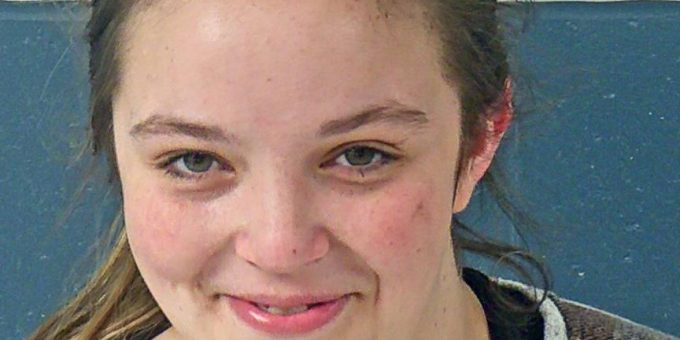 (BEDFORD) – A Bedford woman was arrested Tuesday afternoon after Bedford Police officers were requested to a home in the 100 block of Quail Ridge Road after a 7-year-old called for help.

When police arrived at 4:31 p.m. they found the juvenile caller with three other juveniles. Two of the children were unclothed. The children told police their mom was in the back bedroom.

Officers found 27-year-old Makenzie Good on the bed unresponsive. Her lips were blue and she was not breathing.

The juveniles were removed from the room where officers gave Good a sternum rub. Good was unresponsive. Officers immediately began CPR.

Officers found a small baggie containing  half of a blue pill later identified as Oxycodone Hydrochloride, a controlled substance. They also found Good had a prescription for Hydrocodone-Acetamin.

An officer stayed on the scene with the four children until the Department of Child Services arrived. Good’s sister was contacted and the children were released to her care.

Once Makenzie was medically cleared from IU Health Bedford Hospital she was arrested on four counts of child neglect, possession of a controlled substance and then transported to jail.