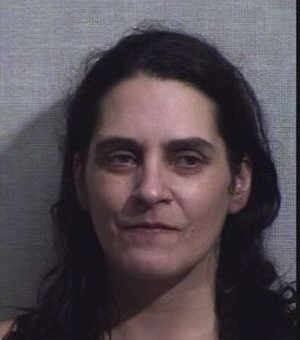 (MEDORA) – A Norman woman was arrested Sunday morning after she attempted to grab a Jackson County Sheriff’s Department deputy’s weapon.

According to a news release, at approximately 2:39 a.m. an officer responded to a report of a woman inside the property owner’s dog kennel in Medora, refusing to leave.

The officer ordered the woman to get out of the kennel. The officer entered the kennel to remove the woman after she refused to exit. It was at this time, she began fighting him and made attempts to remove his gun from its holster.

The officer was able to tase 40-year-old Denise Konkle, subdue her and restrain her in handcuffs.