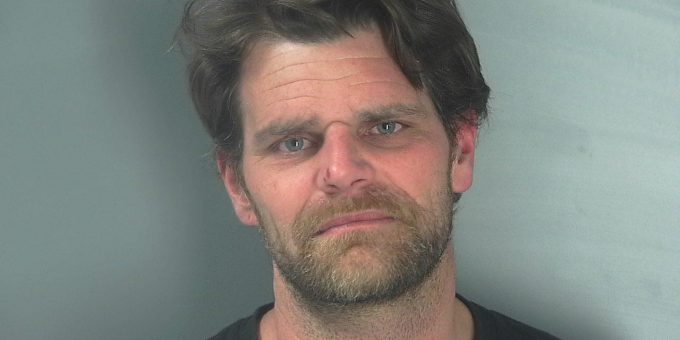 (BLOOMINGTON) – Bloomington Police officers arrest a man after he ran from an accident scene.

On Saturday at 11:32 p.m. Bloomington Police officers responded to an accident at the intersection of West 17th Street and North Kinser Pike after a report of an accident with injuries.

When officers arrived they found two vehicles in the front yard of a home on the northeast corner of the intersection.

One of the vehicles was a maroon 1990 Ford Mustang, with the driver trapped inside. The other vehicle was a black 1996 Toyota 4-Runner. The driver had fled the scene prior to officers arriving.

The 18-year-old driver, from Poland, Indiana was freed from Ford Mustang and transported to IU Health Bloomington Hospital with serious injuries.

Once at the hospital, the 18-year-old driver passed away.

Officers were able to identify the driver of the 4-Runner as 43-year-old Joshua Mullins, of Dekalb, Illinois. Officers searched several locations for Mullins but were unable to locate him.

Around 1 a.m. this morning, officers found Mullins at Wheeler Mission Center for Men on South Westplex Avenue. He was arrested without incident.

He was transported to the Monroe County Jail on a felony charge of leaving the scene of an accident resulting in death.