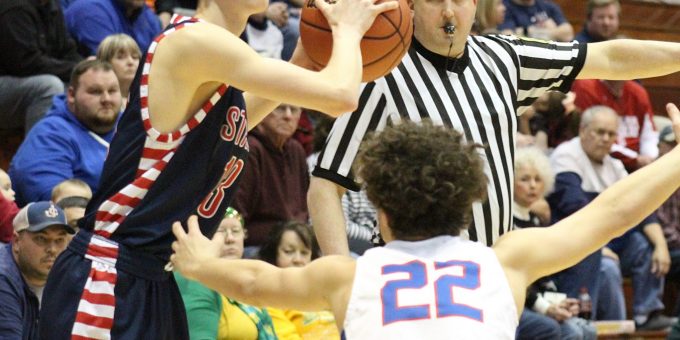 BEDFORD – Desperate times have not yet enveloped Bedford North Lawrence, so desperate measures are not yet required. Jeff Hein just wants to stop the slippage before it reaches that point.

The Stars, coming off a gut-punch overtime loss to Madison, will look to recover from that heartache when they entertain conference rival Jennings County on Saturday night.

Both teams are scuffling. BNL (4-6) has lost four of its last five, and a couple of those were winnable until the late stages – or in the case of the Madison setback, the last second – and has tough challenges ahead. The Panthers (5-5) have dropped three in row.

Hein wants to establish a sense of urgency. He was more dismayed by the start of the Madison loss than the finish. If the Stars don’t set an early tone against Jennings, which swept BNL last season and did so with a physicality the Stars struggled with, the slump could continue.

“I don’t know what will get us motivated to play, but we have to find something – whether it’s a lineup change or someone stepping up to lead in the locker room,” Hein said. “Something has to happen. If it doesn’t, we’ll go south real quick. That will be the key, to have someone show some leadership, take some ownership. Do we want to play the rest of the season or give up?”

The Panthers will definitely demand constant attention. They have four capable scorers, with sophomore point guard Keegan Manowitz as the catalyst. He averages 12.4 points and 6.8 assists.

“Manowitz is really quick,” Hein said. “They like to get out in transition and shoot the 3-pointer, and it’s all set up because Manowitz can get in the lane. The big key is to keep him in front of you the best you can. He does a lot of good things.”

The Stars will counter with sophomore guard Colten Leach (averaging 11.8 points), senior guard Kooper Staley (up to 11.3 after totaling 20 against the Cubs) and Ben Cosner (9.4).

“Bedford is a disciplined team that has a couple of different weapons,” JC coach Josh Land said. “We will have our hands full containing Leach and keeping Staley out of rhythm on the 3-point line. Bedford is always a tough place to play and this year is no different.”

Jennings conquered BNL twice last season. Aaron Martin had 26 points and Manowitz added 19 as the Panthers prevailed 74-68 in the regular-season battle at Jennings. In the sectional semifinal at Seymour, Martin had 21 as Jennings edged the Stars 44-43. Brayton Bailey totaled 46 points in those two games for BNL.

Game notes: Jennings County has not won at BNL Fieldhouse since the 2012-13 campaign.