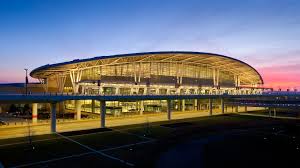 (INDIANAPOLIS) – The Indianapolis International Airport released a video message to the community today that chronicles 2020, taking viewers from record-breaking passenger numbers at the airport earlier in the year to an almost empty airport at the peak of the pandemic crisis.

Airport officials and the video content captures the pandemic’s impact on airport operations, chronicles the efforts taken to protect passengers over the past nine months, and explains what Hoosiers can expect in the future.

“We want travelers to hear the story straight from those who have been on the front line seeing the impact daily,” said Rodriguez. “And we want them to know what we’ve been doing, how we’re managing the financial impact of this crisis, and what the future is going to look like into the next few years. It’s going to be transformative, because there is no ‘new normal’ anymore.”