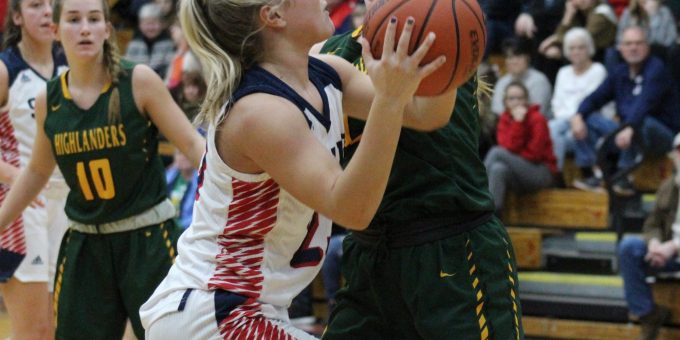 BEDFORD – Bedford North Lawrence rarely needs help in accomplishing its goals. And nobody in the Hoosier Hills Conference, or the Class 4A sectional it has dominated for a decade, is likely to go out of the way to assist the Stars in any pursuit.

But BNL needs a little help in its quest to earn a share of its fourth straight league championship.

First, and foremost, BNL needs a victory at Floyd Central on Saturday afternoon. While the Stars (15-2 and ranked No.2 in 4A) are heavy favorites in this clash, that cannot be taken for granted. Flash back two years for proof.

Second, after Columbus East conquered BNL on Tuesday night, the Olympians (now 5-0 in the conference) will need to stumble, either at New Albany on Saturday or at home against Jennings County on Jan. 21.

The second half of that equation is out of BNL’s control. The first half rests in their grasp as the Stars continue their five-game road swing with the trip to Floyd (5-11, 0-5).

“We want to be able to play at a high level on the road, and take care of business in case something does happen where we have a chance to get part of the conference title. That would be great,” BNL coach Jeff Allen said. “We talk about this week being a good training tool for the sectional, three road games in a week and some tough competition. We’re going to go down there and focus on getting off to a great start.”

The stalled getaway at East (down 24-3) was reversed during the impressive victory over 3A No.1 Silver Creek as BNL blasted to a 25-15 lead on Thursday. The other part of that performance that was noteworthy was the solid finish. In the losses at Brownsburg and East, BNL allowed a late lead to slip away. This time, the Stars were clutch as Haley Deckard (off a beautiful Irye Gomez drive and dish), Karsyn Norman (a floating jumper in the lane), Chloe McKnight (two free throws) and Jenna Louden (two free throws) secured that triumph.

“We’ve lost two games where we had a one-point lead, with the ball, with a minute to go,” Allen said. “We have to learn from that when you’re put in that situation again, and last night we responded much better. We have that experience now to make the right decisions.”

Speaking of experience, BNL does not want to repeat its last visit to Floyd. That night was a nightmare as the Highlanders stunned the Stars 36-26. BNL shot horribly (1 for 20 start and 5 points at halftime), rallied for the lead, then fell apart. The Stars will be reminded of that, in case they think about relaxing after the two major-league battles earlier this week.

“We’ve been down that road before,” Allen said. “We don‘t want to relive that. That will always be in the back of our mind. We’ll come out ready to play and be focused on them. Hopefully we learned our lesson.”

Last year, the Stars breezed to a 71-28 victory over Floyd as McKnight buried 7 treys and totaled 24 points.

The Highlanders are coming off a 32-27 win at Orleans on Thursday. Floyd has struggled offensively, averaging only 36.8 points per game, and the Highlanders have scored 32 or fewer seven times this season.

Last meeting: Last year at BNL, the Stars streaked to a 71-28 victory. Chloe McKnight hit 7 treys and totaled 24 points while Irye Gomez had 14 for the Stars. Mandy Hess scored 14 points for the Highlanders.

Game notes: BNL needs a win over Floyd Central, and a Columbus East loss to either New Albany or Jennings County, to share the Hoosier Hills Conference title.