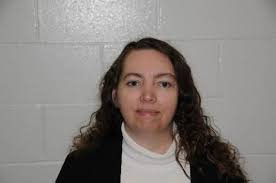 The death sentence was carried out inside the execution chamber at the United States Penitentiary in Terre Haute. At 1:17 a.m. the execution proceeded with the administering of a lethal dose of pentobarbital. Montgomery, 52, was pronounced dead at 1:31 Wednesday morning.

The high court lifted a stay of execution put in place by the U.S. Court of Appeals for the Eighth Circuit and rejected a final stay application from Montgomery’s lawyers. Her legal team argued Montgomery’s had a serious mental illness and endured physical and sexual abuse beginning in her childhood.

Montgomery was on the federal death row for murdering Bobbie Jo Stinnett and cutting the pregnant woman’s baby from her stomach in 2004. Stinnett’s family declined to speak with the press or provide a written statement following Montgomery’s execution.

Montgomery is the first woman to be put to death in federal prison in 67 years.