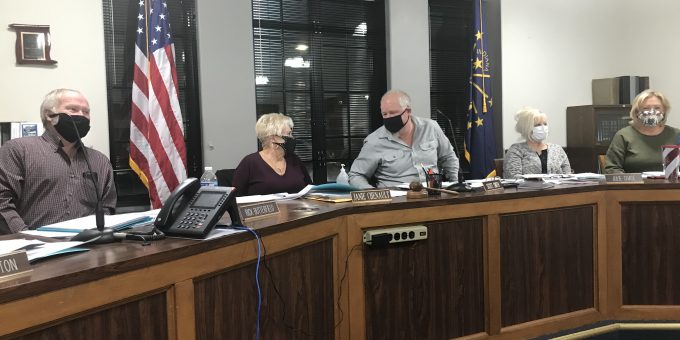 The Lawrence County Council voted to hire Anthony Overholt of Frost Brown and Todd, of Indianapolis, to advise them on this matter.

During a special meeting held Tuesday evening regarding mandates , the most concerning being a mandate by former Judge Sleva who ordered the county to raise wages of all Superior Court II staff. Judge Sleva’s term as Judge ended after serving 32 years as Lawrence County Superior Court II at the end of December.

The mandate will cost taxpayers an additional $17,000 a year according to county officials. In addition, the order also mandates a $500 a year raise following the first wage increase for six positions in Lawrence County Superior Court II.

The following statement was read by Lawrence County president Scott Smith in regards to the mandate they received.

The mandate refers to the 2019 Salary Study which does reflect a shortfall in salaries of all Lawrence County employees, not just the employees mentioned in the mandate.

In fall of 2019, the Lawrence County Council budgeted for a 5 percent increase for all county employees for 2020 with full intentions to continue those efforts.

Unfortunately 2020, brought us the coronavirus which has altered this course. With the CARES ACT funding we were able to give $1,000 stipend checks to all county employees including the afore mentioned judicial employees. As the fiscal body county it is our responsibility to consider all of our 211 county employees when issuing raises. As raises were not part of the 2021 adopted budget this could not be accomplished for all employees without department heads cutting staff. At this time we have the choice to take no action and allow the increase to move forward or we have thirty days to oppose this mandate and ensure that our county considers all of our county employees when pay increases are involved.” said Smith.

There is three wage scales for Lawrence County Superior Court II, six positions were mentioned in the mandate.

The positions will be paid the following under the mandate.

The wage protocol actually serves to decrease as a court employee gains more seniority, skill, and value according to the mandate written by former Judge Sleva.

The Lawrence County Council intends to appeal this mandate.

The Lawrence County Council and Lawrence County Defender officers will be working together to get things back in order. Over the last year, judges have issued several mandates requesting payment for public defenders who have been hired to handle the additional caseload.

Scott Smith was elected president, and Jeff Lytton was elected vice president of the Lawrence County Council as they reorganized with incoming council members Julie Blackwell Chase and Rick Butterfield.