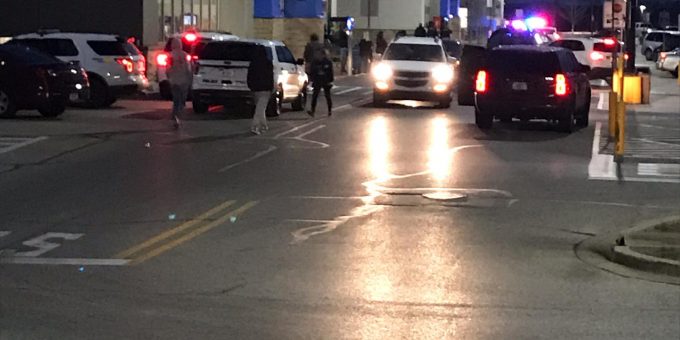 (BEDFORD) – Bedford Police officers rushed to Walmart Wednesday night after police received a report from a manager that told police a man had a gun held on a woman in aisle 14.

The incident happened around 5:30 p.m.

“A manager at Walmart overheard someone come across the store radios, that only managers carry,” said Chief Terry Moore.

Officers cleared the store and it was searched while store video was reviewed.

“After watching the video it was determined no one was in the area at the time the message was heard and the manager’s working denied making the comment,” said Chief Moore. “It appears someone other than an employee has Walmart’s radio frequency and made the comment.”

“Immediately after hearing a threat was made in our store, law enforcement was called to secure the property. Upon investigation, law enforcement determined the threat to be a hoax. We want to be clear, this type of behavior in our stores is reckless and dangerous. We are working with law enforcement in their investigation and will pursue charges if the perpetrator is identified,”  said Rebecca Thomason, Senior Manager, Corporate Communications for Walmart

An all clear was given at 7 p.m. and business returned to normal.