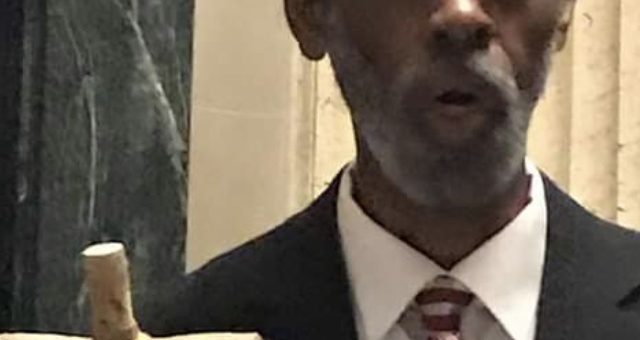 (BEDFORD) – Since 1989 Clarence Brown has brought both political parties, the religious community as well as other community members together. The banner under the same message ” Unity” no matter what race, color, religion, gender, or creed just as the constitution affords every individual.

The Lawrence County community has never disappointed Clarence in conveying the simple message of uniting under “Peace and Love”, just as Martin Luther King Jr. did so many years ago in Washington D.C.

Just like the first time Clarance brought the community together some 32 years ago, he is still inviting the community to ” Come and March with us, let us stack up love,” said Clarance in an interview Monday afternoon.

” We will do what we have always done before and for all the right reasons,” said Brown.

” We will be using our God given right to lawfully assemble and in love, and to peaceful assemble to help diffuse tensions that are occuring at this time in our country,” said Brown.

” In 1989, the Martin Luther King Jr. march in Lawrence County has never been about protesting. The march never has been used to bring out dirt on any political person, but about forgiveness just as God wanted us to forgive other people,” said Brown.

This year’s event will have a different format to comply with health guidelines and keep the community safe. ” Masks and social distancing will take place, we will meet on the courthouse lawn and there will be no meeting at a church this year, as in the past,” said Brown.

” Back in September 11, 2001 the Congress of the United States stood on the steps of the Capitol building and sang songs ” like God Bless, America” as a united country against the terrorists that attacked our country,” said Brown.

” In Lawrence County, Sunday we will unite under that flag, and pray for our country to come together as one,” Brown concluded.

The program will begin at 2:00 p.m. at the Lawrence County courthouse lawn and the public is invited to attend.