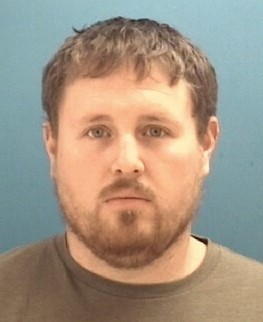 (COLUMBUS) – A Columbus police officer was arrested after he allegedly punched a handcuffed man.

According to Indiana State Police investigators, the incident happened on June 16, 2020. Columbus Police Officer John Velten arrested a man after responding to a report of a fight on Indiana Avenue.

Indiana State Police detectives say the man started to hit his head against the interior of the police car.

Investigators say Velten allegedly struck the suspect with his fist while the man was still handcuffed inside the car, causing moderate injuries.

A warrant was issued for Officer Velten’s arrest on felony charges of battery resulting in moderate injury and official misconduct.

He was arrested today after turning himself in at the Bartholomew County Jail.

Velten, a 14-year veteran of the Columbus Police Department, has remained employed with the City of Columbus in a non-law enforcement related capacity since the investigation began.

The Columbus Police Department has not at this time released any information on the status of Officer Velten’s employment.