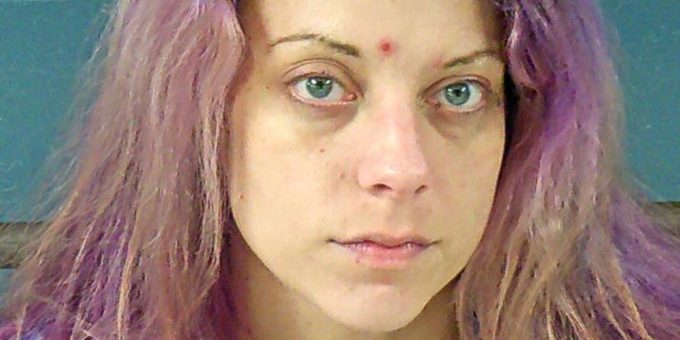 (BEDFORD) – A Bedford woman was arrested Monday after a Bedford Police officer stopped her vehicle for a traffic violation.

According to a probable cause affidavit, an officer was parked observing traffic near the intersection of 13th and J streets when he noticed a blue car traveling at a high rate of speed. The officer attempted to catch up to the vehicle. While attempting to do that, the driver of the vehicle made multiple lane changes in an effort to avoid a collision with southbound traffic. While doing so, the vehicle nearly collided with two other vehicles. The vehicle then turned east onto 8th Street, and abruptly pulled to the side of the road.

While speaking with Terrell the officer said her eyes were dilated and her speech was slow and unintelligible. Police say Terrell seemed confused.

The officer had to tell Terrell to place the vehicle in park after it began rolling backwards.

The officer asked Terrell if she had taken anything illegal and she said all she took was her medication.

Terrell performed a standardized field sobriety tests which she failed. She would not consent to a blood-test.

A warrant was then requested for the blood-draw.

Terrell told the reporting officer she had illegal items in her vehicle. During a search of the vehicle officers found a plastic container that contained blue pills and meth.

Police conducted a saliva test at the station where Terrell tested positive for ingesting meth, amphetamines and Benzodiazepines.