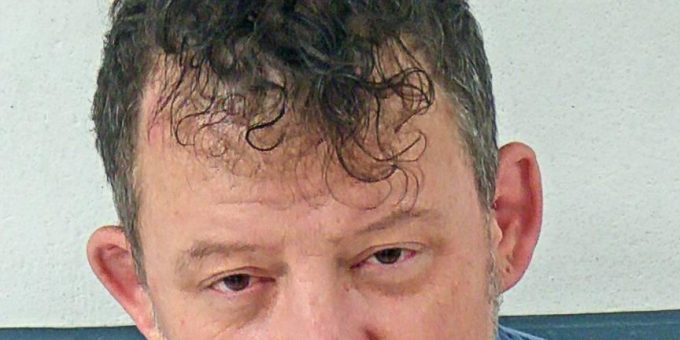 (BEDFORD) – A Bedford man was arrested Monday after he was stopped for a traffic violation Monday night.

According to a probable cause affidavit, at 11:37 p.m. a Bedford Police officer was patrolling in the area of State Road 37 and Fifth Street when he noticed a red SUV traveling south on State Road 37 that failed to signal while making a lane change.

The officer attempted to stop the vehicle near the intersection of State Road 37 and John Williams Boulevard.

The vehicle failed to stop and continued east on John Williams Boulevard and finally stopped near Bell Back Road.

The officer identified the driver as 47-year-old Tristan Hutcherson.  While speaking with Hutcherson the officer noticed Hucherson’s hands shaking uncontrollably and was unable to answer simple questions.

The officer asked for permission to search the vehicle, however, Hutcherson denied that request.

A Mitchell Police K-9 arrived on the scene and alerted officers to drugs in the vehicle.

Near the center console, officers located a wooden box containing a smoking device and marijuana. After finding these items, Hutcherson began yelling at officers. Hutcherson resisted as the on scene officer attempted to handcuff Hutcherson.

A silver container that contained crystal meth was also located.