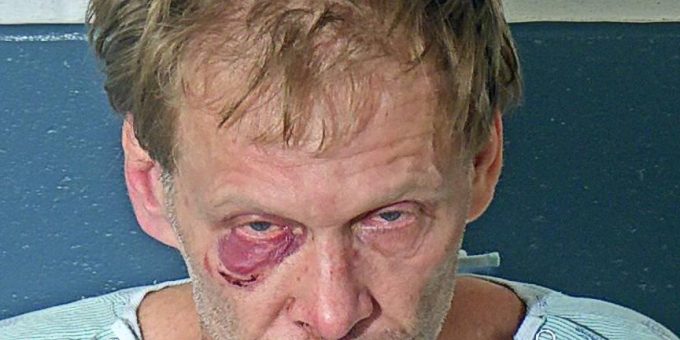 (MITCHELL) – Indiana State Police arrested a Mitchell man Friday after a trooper was called to a home in the 570 block of Yockey Road.

According to a probable cause affidavit, an elderly couple reported a man was present in their field yelling for help. When the troopers arrived at 11:29 a.m. they found Bundy behind the couple’s home. The couple told police they didn’t know the man, but they did see him the night before around 9 p.m. walking up the road.

The trooper asked Bundy what he was doing and he replied he didn’t know.

The trooper said the man lost control of his bladder and a bloody right eye was visible on Bundy. Bundy was also shivering uncontrollably in the 36 degree weather. The trooper asked Bundy how long he had been outside and what happened to his eye and he replied he didn’t know.

The trooper then requested an ambulance to check on Bundy. A Seals ambulance responded to the scene.

A Lawrence County Sheriff Deputy arrived to assist with the call. The Deputy conducted body safety check where a pill container, a syringe and a wooden rod were found. The pill container contained two different orange colored pill, the pills were identified as suboxone.

Bundy was transported to St. Vincent Dunn Hospital for treatment.

The attending physician stated that Bundy had possibly been involved in a fight the night before. He had injuries to his eye and hands. Bundy also appeared to be in some type of drug induced stupor.

Bundy was medically cleared and transported to jail.