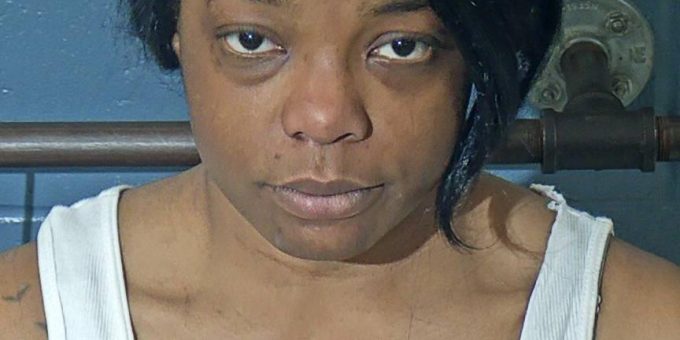 (BEDFORD) – A Bedford woman was arrested after a Bedford Police officer stopped her vehicle at H and 22nd streets on Saturday. The officers stopped the driver of the tan Buick after the vehicle failed to stop at the stop sign at the intersection of 24th and H streets.

According to a probable cause affidavit, the driver, 34-year-old Cassandra Ping, was traveling at a high rate of speed. The vehicle then turned onto M Street from 24th Street, immediately pulling into the driveway of 1302 24th Street. The officer approached the vehicle and spoke to Ping.

The officer learned the driveway Ping had pulled into was not her driveway nor did she know the people that lived at the home. It was also discovered that Ping was driving without a license.

The reporting officer requested for Ping to exit the vehicle. Ping began gathering contents, making irregular hand movements. Officers advised Cassandra to stop reaching for the unknown items. Ping failed to comply forcing an officer to grab Ping’s hands to stop her from gathering or concealing contents. A clear plastic container with a pink lid, containing marijuana, was one of the items Ping was attempting to conceal.

Ping was placed in handcuffs and officers searched her vehicle. One item found in Ping’s wallet was a piece of paper that contained 1.30 grams of crystal-meth folded within it. During Pings processing, Ping admitted that a smoking pipe was concealed within her bra. Meth residue was discovered on the concealed pipe.