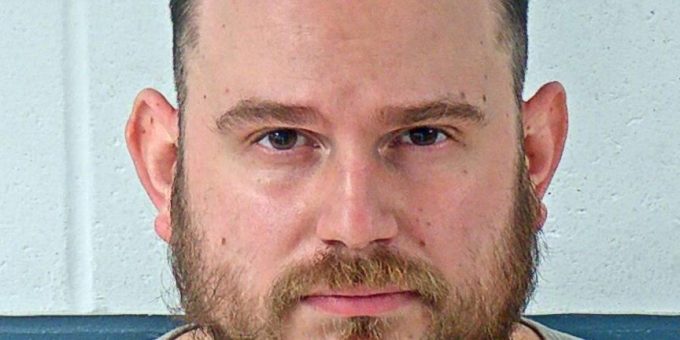 (BEDFORD) – A Plainville man was arrested on  a warrant on a charge of theft.

According to a probable cause affidavit, on November 16, 2020, at  approximately 8:20 p.m. Bedford Police officers were called to the 1100 block of Lincoln Avenue after a report of theft.

A woman told police she made a post on Facebook to hire a contractor to come to her home to paint her kitchen cabinets and some other rooms.

She was contacted by Howard and made arrangements for him to come to her home on November 16, 2020 to pick up $500 and paint choices from her.

“Due to her work schedule she left her rear house door unlocked and advised Justin to walk in and start the project,” the officer wrote. “She advised that she left the money and  paint choices inside of the microwave.”

Around 10:30 a.m. she received a text from Howard that he was at her home. When the woman returned to her residence, the money was gone from inside the microwave along with the paint choices.

It appeared as though Howard was working on the project because several cabinet handles were removed from the cabinets and placed on the counter. The resident holder also observed a strange putty material on one of the cabinets.

Police also attempted to contact Howard with no return correspondence.

On December 1, 2020, police made contact with Howard’s mother and was able to retrieve a phone number of Howards girlfriend. It was reported that Howard was living in Plainfield with the girlfriend.

Howard did contact police and stated he purchased paint at Lowes and painted two bedrooms for the woman. He also stated he did receive $500 to perform the job, but nothing more was requested of him.

The investigating officer posed questions to Howard regarding follow up investigations. Howard stated that he would appear on Lowes security video footage purchasing paint and the officers would find the two bedrooms freshly painted should they return to the residence in question.

The investigating officer simply told Howard he knew the work had not been completed and wanted to know why he took the woman’s $500.

He then told the officer he didn’t want to see any charges and that he was “desperate and stupid.”

When Howard was asked if the officer had not reached out to him would he have made it right with the homeowner, he sighed and said “honestly, yes not today, but I would have done it eventually.”

Police said Howard did reach out to the homeowner after the conversation with the officer, however the homeowner had concerns of Howard taking advantage of someone else in the future and filed charges.

The information was forwarded to the Lawrence County Prosecutor’s Office and a warrant was issued for Howard’s arrest.