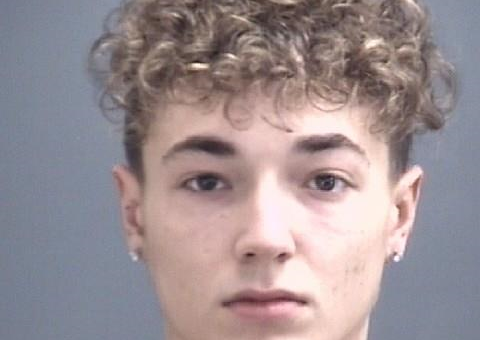 (GIBSON CO.) – Wednesday at 7:30 p.m. an Indiana State Police trooper was patrolling on US 42 near County Road 925 South when he spotted a 2011 Toyota Scion traveling northbound at 107 miles per hour.

The trooper attempted to stop the vehicle, but the driver continued traveling north at a high-rate of speed.

The driver turned east onto Coal Mine Road and then north on CR 10 East.

The trooper located the vehicle parked partially in a driveway and front yard of a residence. The driver was ordered out of the vehicle and arrested without further incident.

The driver was identified as 19-year-old Cameron Shepherd, of Newburgh, on charges of resisting arrest and reckless driving.

Shepherd was also cited for expired registration and having no insurance.

He is being held in the Gibson County Jail.