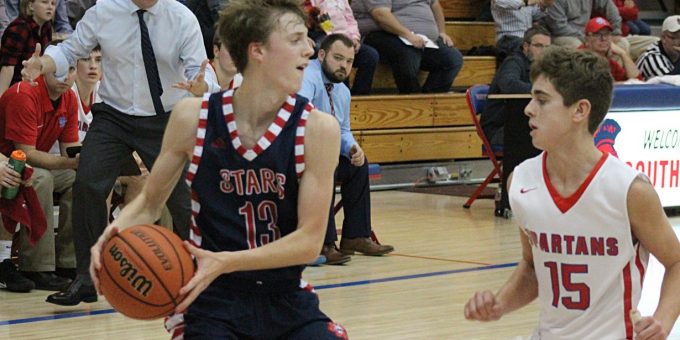 BEDFORD – For the second time, barring any unforeseen, last-minute cancellations like the last time, Bedford North Lawrence is set to honor its senior class. Perhaps, for a group that has gone through so much since last March, they deserve double the celebration.

Unfortunately, the only people who will be part of the festivities will be family members. Current virus restrictions are limiting attendance to immediate family and grandparents as the Stars prepare to host South Knox on Saturday night.

The Stars certainly understand “just in case” all too well. The original Senior Night was scheduled for Dec. 12 against Madison. That celebration was doused when the game was cancelled – because of a positive COVID test – just 15 minutes prior to tipoff of the junior varsity contest. BNL went into quarantine and didn’t return under Dec. 23.

If at first you don’t succeed, try again. So the memory displays of pictures, trophies and medals from the past will be unpacked.

On the court, BNL (3-4 heading into Friday’s road test at Evansville Reitz) will seek to unpack South Knox’s constricted defense and remember how to score. The Stars are averaging only 47.9 points.

The Spartans have had their own offensive issues. They’re averaging only 55.4 points per game, and if the 96-point explosion against winless Washington Catholic is taken out of the equation, that number shrivels to 48.7. But South Knox has been quite stingy on the other end, allowing only 43.1.

“They’re low scoring because they play man-to-man, they don’t extend the defense. It makes a half-court game, and they’re hard to pressure because they have nice guards.”

Last year, BNL won the series debut at South Knox 57-44. The Spartans swarmed on Brayton Bailey, who was limited to 12 points, but Staley broke loose for 17 points with four 3-pointers. Justin Fickling had 22 points and Holscher added 14 for South Knox.

Game notes: South Knox was idle from Nov. 25-Dec. 18 because of virus quarantine. The Spartans have 11 games scheduled in January to make up for the lost time.