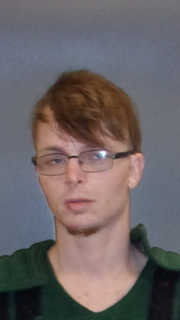 (ENGLISH) – Today shortly after midnight, a Marengo man led Indiana State Troopers on a vehicle pursuit through three counties which ended in a crash in English where the driver was arrested.

The incident began when an ISP Trooper from the ISP Jasper Post, attempted to conduct a traffic stop on a Black 2015 Kia passenger car. The Kia initially traveled northbound on US 231 from State Road 62, reaching speeds over 100 miles per hour. The vehicle then turned east on I64 reaching speeds up to 115 miles per hour.

Dubois County Deputies then set out stop sticks (tire deflation devices) at the 63 mile-marker. The stop sticks were effective and deflated the vehicle’s front tire.

The driver of the vehicle 30-year-old Christopher Smith of Marengo, was arrested without incident and transported to the Crawford County Jail on charges of resisting law enforcement, possession of a legend drug, OWI refusal, operating a vehicle while never licensed, reckless driving, possession of marijuana and possession of drug paraphernalia. He was also wanted on an outstanding warrant in Crawford County.

Troopers say Smith was under the influence of a narcotic substance.