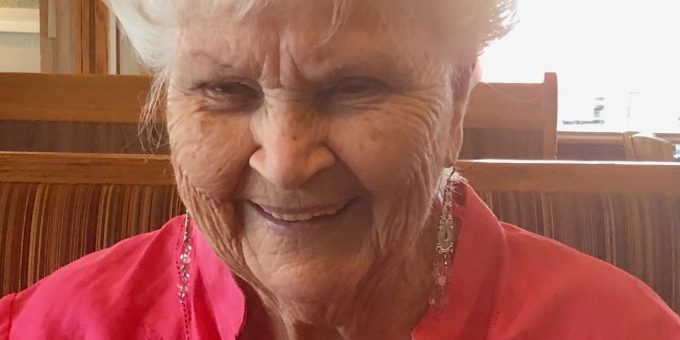 Born October 21, 1935, Marilyn was the daughter of Samuel Manson and Hazel Pearl McClintock of Orleans Indiana.

Marilyn was very well known in her community. She was a business operator and owned her own flower shop, Marilyns Flowers. She was a part of the Psi Iota Xi sorority, was a beloved bus driver for Shoals Community Schools, was a member of Shoals United Methodist Church, and served as a substitute teacher in Shoals later in her life.

Her family will be celebrating her life through a visitation on Monday, January 11, 2021, from 9 a.m. until 11 a.m. at Queen Lee Chapel in Shoals Indiana. A funeral service will follow at 11 a.m. She will be buried beside her husband at the Spring Hill Cemetery.

Marilyn will be dearly missed by all that knew her, but we are so thankful she is in Heaven with her Lord and Savior.