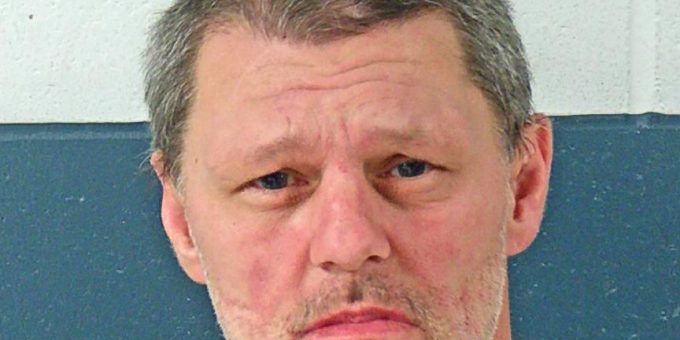 A Mitchell man was arrested Tuesday on a warrant.

According to a probable cause affidavit on December 19, 2020, at 9:45 p.m. a Mitchell Police officer was traveling north on 8th Street when he noticed a silver Chevrolet vehicle approach the stop sign at the intersection of 8th and Warren streets with inoperable brake lights.

Police say it took the driver almost two blocks before the driver pulled over.

The driver was 53-year-old Randall Caruso, of Mooresville. Snapp was a front seat passenger.

Police say Caruso appeared nervous and his hands were shaking.

A Mitchell Police dog arrived on the scene and alerted police to possible drugs in the vehicle. Police found a bag of marijuana in the center console and found a rifle inside the vehicle. A small plastic bag inside an empty cigarette pack under the front passenger seat containing meth was also located.

Snapp gave police permission to search his mobile home at Lakeside Estates. During that search police found a smoking device and a small mason jar with a small amount of marijuana in it.

The total amount of meth seized was 2.65 grams and 5 grams of marijuana.

Due to the ongoing surge in COVID-19 cases, both men were released. The information was sent to the Lawrence County Prosecutor’s Office where a warrant was issued for Snapp’s arrest.