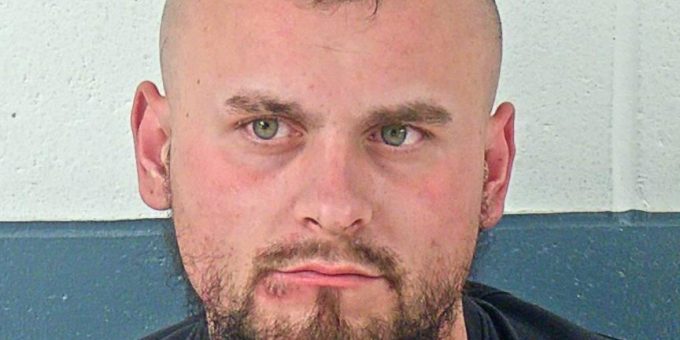 According to a probable cause affidavit, a Mitchell Police officer was called to check on the welfare of a male at 60’s Eastside gas station. The caller said a vehicle was parked at the gas pump with the truck running for more than an hour.

When the officer arrived he walked to the driver side window and found Lintz, who appeared to be asleep.

The officer made several attempts to awaken the driver by knocking on the window with no response.

The officer opened the car door and noticed a syringe lying on the floorboard between Lintz’s feet.

The officer shook, Lintz and he woke but was confused and disoriented.

The officers also located a couple of CVS Pharmacy pill bottles with Lintz’s name on them in the center console.

While speaking with police Lintz again passed out and had to be woken.

Lintz was transported to IU Health Hospital for a medical evaluation and a blood-draw.

After being cleared at the hospital, Lintz was arrested.