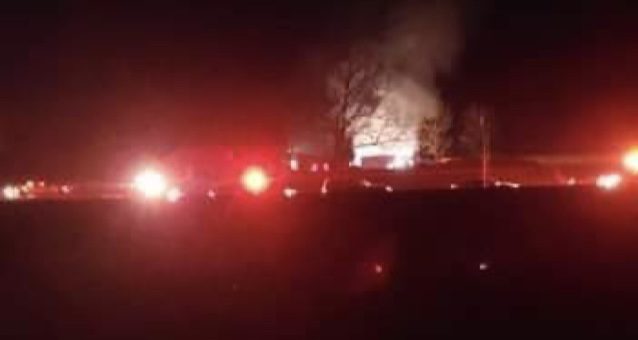 At 6:29 p.m. Marion Township Fire Department with automatic mutual aid with the Huron Volunteer Fire Department was dispatched in the 1600 block of Georgia Road for a barn fire. While on the way to the fire the Lawrence County Central dispatch reported a total of three barns on fire.

One barn was approximately 30 X 60 feet that was well involved in fire. Firefighters used several attack lines to keep the fire from spreading to other locations.

At this time the cause of the fire remains under investigation.