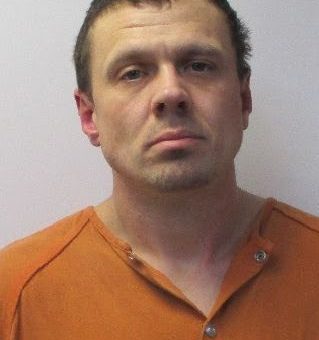 (SELLERSBURG) – Around 10:30 p.m. Monday, an Indiana State Police trooper was patrolling on I-65 near the Sellersburg exit when he stopped a driver for not wearing his seatbelt.

The traffic stop soon turned into a more in-depth investigation after the driver, 38-year-old Bradley M. Randall, of Madison, continued to drive for approximately two miles before pulling over. He then provided the trooper with false information on his identity not once but multiple times.

As the investigation continued, the trooper learned that Randall was listed as a lifetime habitual traffic offender and was also wanted on a warrant for possession of meth in Jefferson County.

During a search of Randall’s vehicle, police found approximately 3.6 ounces of meth.

Randall was charged with dealing meth, possession of meth, a habitual traffic offender with a prior arrest, false informing, and the Jefferson County warrant.