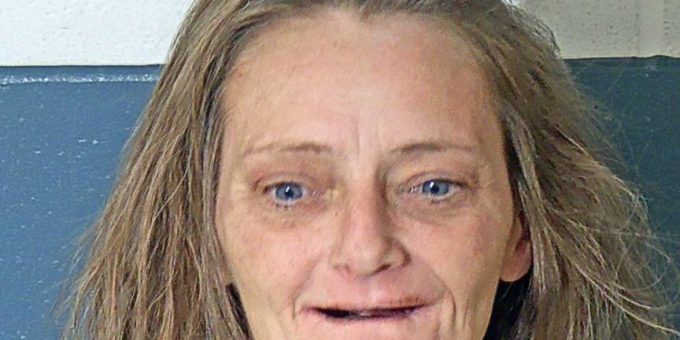 According to a probable cause affidavit, on Saturday January 2,  at 12:10 p.m. a Mitchell Police officer was requested to the Marathon station on State Road 37 after a report of an unwanted female in the business.

When police arrived they found Riggs in her vehicle at the fuel pump.

As police arrived, Riggs exited the driver side door and began waving her arms in the air and was rocking side to side.

Officers attempted to speak to Riggs but she would only utter panicked and incoherent phrases. Police believed Riggs was intoxicated by a drug, possibly meth.

Riggs told police she was not acting her normal self because someone had died. She also admitted to using meth just hours prior.

During the conversation, Riggs’ demonstrated additional concerning intoxicated symptoms such as multiple rolling eyes into the back of her head.

Once placed under arrest, Riggs became aggressive and began slamming her head off the window while seated in the backseat of the police car.

During Riggs transportation, she continued to move uncontrollably. She slammed her head off the window and the center divide while rhythmically chanting. Riggs was taken to IU Health Hospital for a medical evaluation where she was cleared and then transposed to jail.