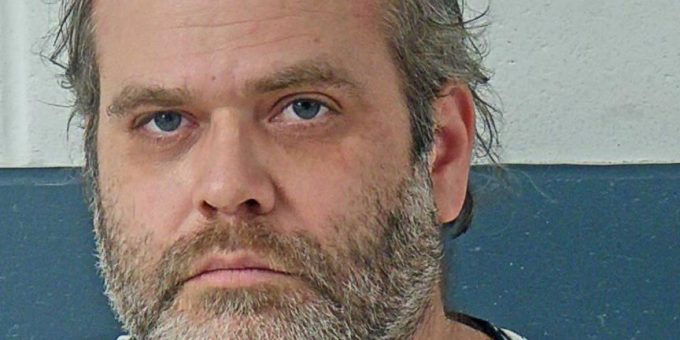 According to a probable cause affidavit, on Sunday, January 3, officers were called to a home at 224 West Main Street after a report of a domestic fight.

When police arrived a woman was outside of the home and said Ley was inside beating on her husband and would not let him go.

When the officers went into the home they found Ley on top of another man pinning him down on top of a couch. Ley was ordered to get off the man.

An officer pulled Ley off the other man. Ley resisted the officer. The officer then threw his body weight into Ley and took him to the floor.

Once in handcuffs Ley stopped resisting but refused to speak to officers.

The woman who met police at the door suffered a small laceration to her upper lip and had redness to her left cheek with dried blood around her chin and cheek.

The male on the couch, suffered a swollen right eye with dark red bruising to his face and redness to his neck.

Ley then attempted to close the bedroom door and the woman asked him not to. That is when Ley pushed her and she and her husband asked him to leave the home. Ley said the home was his and he was not leaving.

The male then pulled Ley from the woman allowing her to run to the bedroom,where she called 911 as Ley continued to hit the male.

Ley again refused to speak to officers. Police say Ley’s knuckles on his right hand were swollen and red.