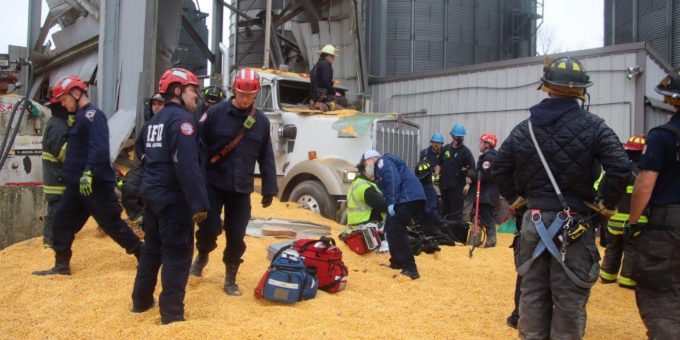 (WAVERLY) – A Martinsville man died Wednesday, December 30th after a grain silo collapsed on a private farm in the 9800 block of Mann Road in Morgan County.

Stephen M. Crocker, 29, was found unresponsive under corn near his semitractor-trailer.

Morgan County Sheriff Richard Myers said Crocker pulled his semi tractor-trailer up to an overhead grain bin. He stepped out of the truck when the silo collapsed releasing a load of corn onto the vehicle, pinning him between the truck and the silo.

Several area departments responded to try and rescue Crocker. He was pulled from the corn at 10 a.m. and did not survive.

The Indiana Occupational Safety and Health Administration was notified. The cause of the collapse is still under investigation.