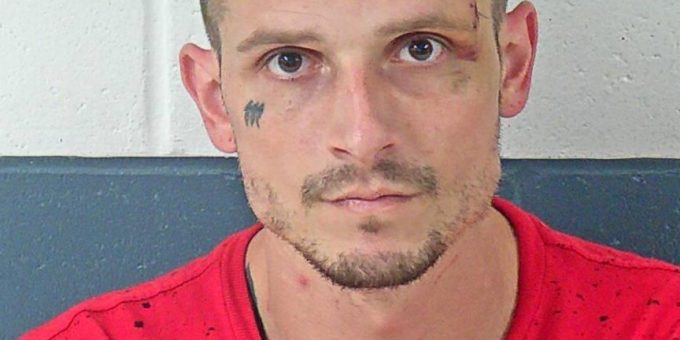 On New Year’s Day at 8:11 a.m. Bedford Police officers were called to a home in the 2620 block of Washington Avenue after a report a man was attempting to force his way into the home.

When police arrived they found Flynn aggressively knocking on the door with one hand and turning the doorknob with the other hand. As officers approached Flynn he was yelling “they are trying to kill me”.

Flynn told police he had been running down the middle of the road for the last 3 or 4 hours trying to find help. Flynn said 10 or 12 people had been chasing him through the streets trying to kill him.

Flynn was transported to IU Health Hospital for a medical evaluation and then to jail after being medically cleared.