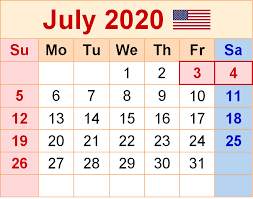 (UNDATED) – Drivers in Indiana learned on July 1, 2020 that it is illegal to hold a cellphone or electronic devices while behind the wheel, a Mitchell man was arrested on a reckless homicide charge after killing a friend, Gov. Holcomb issues mask mandate, schools hold graduation ceremonies, Dirk Sears was appointed Oolitic Town Council president, and IU appointed a committee to look at renaming buildings.

Drivers in Indiana learned on July 1, 2020 that it is illegal to hold a cellphone or electronic device while behind the wheel.

State Reps. Holli Sullivan (R-Evansville), who authored the law, and Mike Karickhoff (R-Kokomo) discussed how this law could make Hoosier roads safer and save lives.

Governor Eric Holcomb signed an executive order on July 27, 2020, requiring face coverings be worn to slow the spread of COVID-19.

The Governor stated, “Face coverings can and will help us blunt the increase of this virus.”

While the order did not include criminal penalties it will be enforced by state and local health departments. It also outlined the requirements of face coverings in schools.

There were 104 graduates that received diplomas.

A Mitchell man was arrested in July 2020 in the death investigation of 20-year-old Brady Howe.

Howe was a 2018 graduate of Mitchell High School.

The shooting happened in the kitchen area of the home.

Police say Lagle admitted to playing around with the gun when it accidentally discharged. The bullet struck Howe between the eyes. He died after being transported to the hospital.

“We were just playing around you know, and I picked up the gun, and accidentally shot him,” said Lagle. “I didn’t mean to; I was scared because I did not want to get in trouble.”

No trial date has been set.

Indiana University President Michael McRobbie has appointed a review committee of six distinguished senior IU faculty members to evaluate the namings on the IU Bloomington campus related to David Starr Jordan, who served as IU’s seventh president from 1885 to 1891 and professor of zoology from 1875 to 1885.

Some of Jordan’s statements and views have come under particular scrutiny and criticism recently. A number of requests have now been made to remove his name from the building that houses IU Bloomington’s Department of Biology and from other locations on the Bloomington campus. The Jordan Committee will conduct its review and submit a report with recommendations for any actions to the president, provost, and Naming Committee by Sept. 1, 2020.