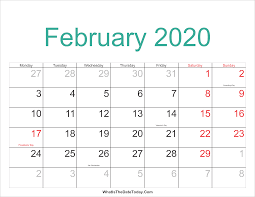 (UNDATED) – In February 2020, the Boys & Girls Club of Lawrence County celebrated the burning of their mortgage, a man was arrested after selling fatal does of heroin to a Mitchell man, a man’s murder sentenced was upheld, spelling bee champions were named, the Bedford Police Officer of the Year was named, Mitchell firefighters saved a woman’s life, and a new Bedford Fire Department chief took the helm.

In February 2020, the Boys & Girls Club of Lawrence County celebrated the burning of their mortgage.

The event was held at the Limestone Unit. Jim Sowders jumped from the roof of the building in celebration and the mortgage went up in flames.

In February 2020, a Mitchell man was arrested after police say he sold heroin that was laced with Fentanyl to 53-year-old Kevin S. Bowden.

According to police, on January 9, 2020 Roxanne Knowles found Bowden dead in his apartment at 403 West Warren Street. Knowles is Bowden’s ex-wife.

At first Leatherman told investigators he didn’t know how Bowden could have gotten the heroin he had overdosed on. He then told police he knew the heroin was “hot” and probably contained fentanyl.

On February 19, 2020 police received the autopsy report from Coroner Rob Herr. Forensic Pathologist Doctor James Jacobi completed the autopsy and prepared the report. The following is the opinion documented by Dr. Jacobi:

Police allege Jackie Leatherman sold, provided, and/or delivered the heroin, containing fentanyl, to Kevin Bowden on January 8, 2020 that ultimately resulted in his death.

Leatherman is scheduled to appear before a jury of his peers on January 26, 2021 at 8:30 a.m., in Lawrence County Superior Court I.

The Indiana Court of Appeals ruled the sentence for convicted murderer Evan Schaffer is appropriate.

Schaffer, 24, was sentenced by Lawrence County Superior Court I Judge John Plummer III to 63.5 years in prison for the April 2017 shooting death of 25-year-old Justin Lampkins at the McDonald’s drive-through in Bedford.

During the trial, then Lawrence County Chief Public Defender David Shircliff claimed Schaffer acted in self-defense after Lampkins threatened him with a tire knocker and choked him.

When reviewing the nature of the offense, the Indiana Court Appeals ruled the details and circumstances of Schaffer’s offenses illuminate the senselessness of Lampkins’s death.

Lampkins died around 2:30 a.m. on April 23, 2017. He had suffered a gunshot wound to the left upper chest, and his cause of death was massive blood loss. A bullet was located in his spine, just below the breastbone.

Myron Rainey Named To Sportswriters And Sportscasters Hall Of Fame

The “Voice of the Stars” Myron Rainey ended his remarkable 40-year career broadcasting Bedford North Lawrence athletics on 1340 AM WBIW and learned in February 2020 he would be enshrined in the Indiana Sportswriters and Sportscasters Hall of Fame.

Rainey has been the soundtrack for some of the biggest moments in BNL sports history, including five state championships in basketball. He chronicled the careers of Damon Bailey, Danny Bush, Pete Pritchett, and other members of the Indiana Basketball Hall of Fame along the way. He also called BNL football games from 1979 until the conclusion of the 2013 season.

The media spot above the northeast corner of BNL Fieldhouse was named in Rainey’s honor.

Dalton Chowning, Parish England, Vinnie Bodkins, and Tristen Sites were presented the awards in conjunction with saving a woman’s life.

On January 16, 2020 at 3:30 a.m. the Mitchell Fire Department was called to a help an unconscious female. Upon arrival, Tristen Sites found the patient lying on the floor not breathing and with no pulse. As others arrived they jumped in and did rotations of CPR.

“Without hesitation, he started CPR. These young men have done a fine job at not only saving a life but also as working as a team,” said Tyler Duncan Mitchell Fire Chief. “We are very proud of these gentlemen and are so proud to call them brothers and family.”

In February 2020, Bedford Police Officer Nick Crulo was named the Department’s Merit Officer of the Year and received the Top Gun Award.

Meryl Klein, a 7th grader at Shawswick Middle School, was the 46th Annual WBIW Lawrence County Spelling Bee Champion presented by Ivy Tech Community College of Bedford. Meryl is the daughter of the proud parents of Brian and Marie Klein of Bedford.

After 29 years as a firefighter, John Hughes was sworn in as Bedford’s Fire Department Chief by Bedford Mayor Sam Craig.