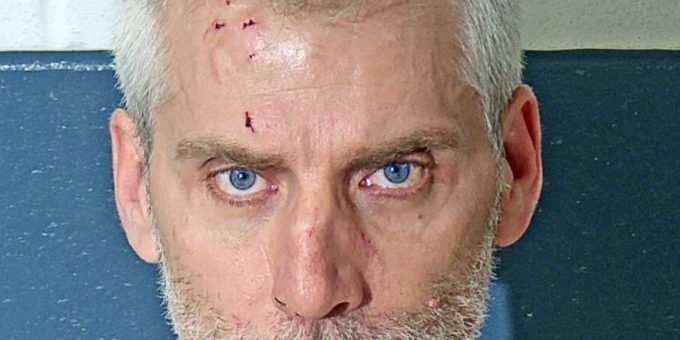 (SPRINGVILLE) – A Springville man was arrested Monday after Lawrence County Sheriff’s Department deputies were called to a home on a report of domestic battery.

According to a probable cause affidavit, on Monday at 12:16 a.m. a Sheriff’s Department dispatcher received a 911 call from a woman saying she had been hit and that her husband was intoxicated.

Officers went to a home in the 2440 block of Harrodsburg Road in Springville.

When officers arrived, Oldfield walked outside to the porch and spoke to officers.

Oldfield told police he got into an argument with his wife when she attempted to confine him to the house and would not let him leave.

He told police his wife hid his keys because he wanted to leave.

He told police he and his wife had been at a bar earlier in the day and he walked home from that establishment. He says his wife returned home a few hours later.

Oldfield had blood on his hand and he told police it was from his forehead where his wife had hit him.

Police found the woman sitting on the couch. She told police that when she got home around 10 p.m. she had called Oldfield’s sister and spoke to her for about an hour and a half. She then made a plate of food and that is when Oldfield came into the room and began yelling at her. He then slammed his fist into the coffee table and made a hole in it.

The woman told police he then smacked her face and grabbed her around the neck with both hands. He then drug her about 15 feet into the kitchen with his hands around her neck. While on the kitchen floor, she says he punched her multiple times in the face.

She told police she attempted to defend herself and told Oldfield she could not breathe. He then let her go and she crawled into the bedroom and called 911.

Police say she had visible injuries to her face, neck, and legs. She was asked if she wanted to pursue charges and she said yes.

The woman was checked by an ambulance crew but refused to be transported.

Oldfield was then arrested.