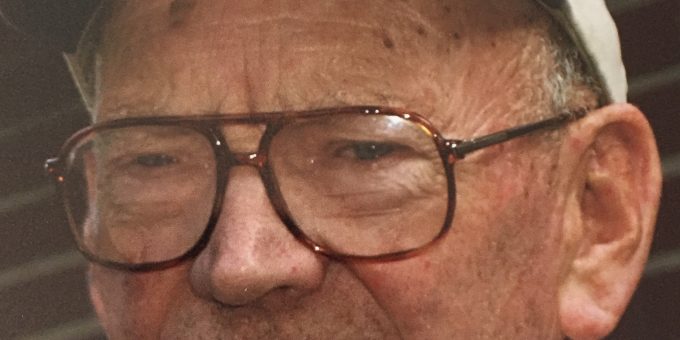 James Richard Bergdoll, 91, of the Leesville area passed away peacefully at his home on Sunday, December 27, 2020.

James spent his first nineteen years at Inter Creek Farm, the family homestead on Guthrie Creek near the Lawrence-Jackson County line. He graduated from Medora High School in 1947 where he served as class president. After his marriage, he and Joyce made their home on another family farm in Boone County, Indiana. It was during this time their three children were born. He was a grain farmer and a relatively large pork producer in that area.

In 1960, James relocated his family back to Lawrence County, Indiana where he worked alongside his sister at Hatfield Ford Tractor Sales in Bedford. In 1977, he opened JRB Ford Tractor in Seymour, Indiana. He retired from the implement business in 1992. He continued farming the family land around Leesville raising Angus and Simmental cattle until 2010. James loved his dogs, cats, and cattle. He often told how he marveled at the “mothering instincts” of God’s animals. James was an active member of the Leesville United Methodist Church where as a child he spent many an hour listening to his favorite gospel songs. He often longed to hear the voices of those gone before him.

Friends may call Wednesday, December 30 at the Leesville United Methodist Church until the time of service at 10:00 a.m. Burial will follow in the Hill Addition of the Leesville Cemetery.

In lieu of flowers, friends and family may consider memorial contributions to be made to Leesville United Methodist Church or the Leesville Cemetery.