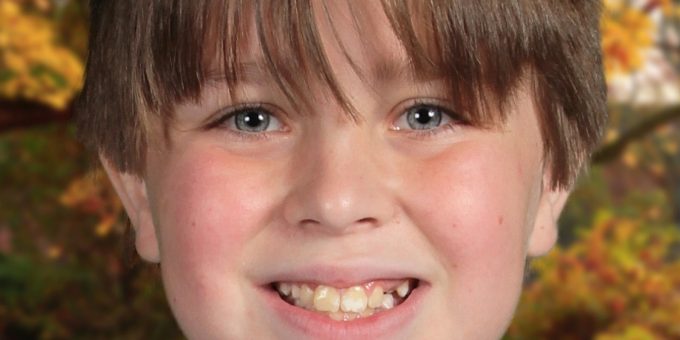 (OOLITIC) – On Saturday, residents honored the life of 10-year-old Camden Moore, who died after he and his bicycle were hit by a vehicle on Wednesday on Vista Drive.

Organizers from the Rolling Acres housing addition set out luminaries throughout the neighborhood. The luminaries were also seen along Hoosier Avenue, at the Oolitic K-Campus, and at the Oolitic VFW to show support and share memories of Camden. The Oolitic Kiwanis Club provided and distributed the luminaries at no charge.

Camden’s father Chris traveled through the neighborhood on Saturday evening and received hugs from neighbors.

Chris and Camden were inseparable according to many neighbors who would often see the two walking in the neighborhood.

“He was a happy kid, that smiling face,” said Melody Allen, a 4th-grade teacher at oolitic K-8 Campus. “He always wanted to be the first into the building; he was always excited and positive about being in school, full of energy and happiness.”

“Camden was a very intelligent child; anything you asked him to do academically he could do,” said Kim Webb, a 3rd-grade teacher from the Oolitic K-8 Campus.

“Camden was on the robotics team and absolutely loved working with his hands, inventing, and took a challenge head-on,” said Kelli Terrell, Assistant Principal of the Oolitic K-8 Campus.

Visitation for Camden will be held on Wednesday at Day and Carter Mortuary.