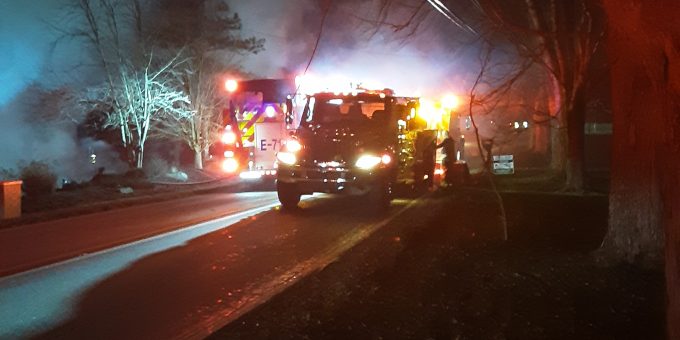 Firefighters arrived on the scene and reported heavy fire on the backside of the residence spreading quickly across the roof. Within a matter of minutes, the entire roof was engulfed and began falling into the structure.

Due to the collapse of the roof and possible further structural damage, firefighters had to take a defensive attack to fight the fire from the outside. All occupants were reported out of the house upon arrival of emergency personnel.

Additional units and firefighters from the Ellettsville Fire Department, Bloomington City, Benton Township, and Monroe Fire District were dispatched to the scene to assist.

Firefighters used several gallons of water and the closest fire hydrant was approximately halfway down the roadway which also complicated firefighting efforts.

IU Health provided medical standby and the County Highway Department provided a salt truck for all the slick spots created by water on the road.