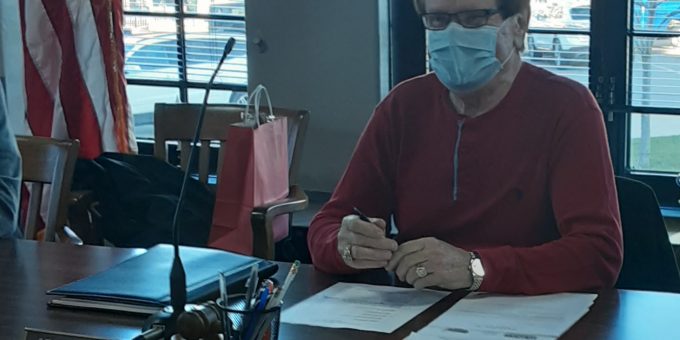 McCracken has served as president of the Lawrence County Commissioners this year.

“Gene, it has been a pleasure working with you and good luck in the future,” David Holmes Lawrence County Highway Superintendent told McCracken.

“I appreciate the opportunity to serve with you and learned a lot, but I want to thank you personally,” said Fish.

“I have been involved in politics for over 20 years and enjoyed every minute of it,” said McCracken in his closing remarks.