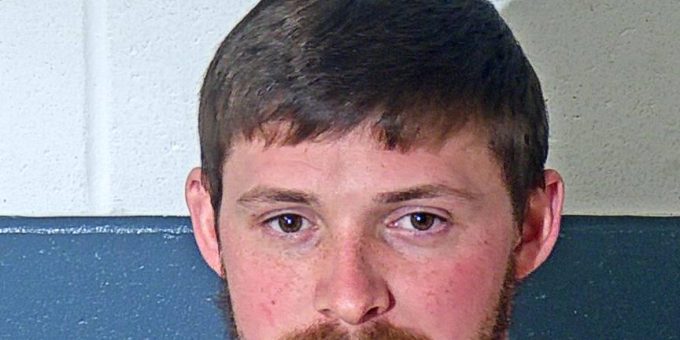 (BEDFORD) – A Bedford man was arrested after police say he injured a woman.

According to a probable cause affidavit, on November 29, 2020 at approximately 7:30 p.m. a woman reported to speak to an officer.

The woman told police she had been injured during an incident the night before and wanted to file charges.

The woman told police her ex-boyfriend, Jacob Mitchell, had entered her home uninvited on November 28, 2020. The woman told police she tried to stop Mitchell from entering her home and he shoved her and when past her. He then got into a physical altercation with another male that was inside her home.

She told police on four separate occasions Mitchell had been physical with her in her apartment on Ludlow Drive.

She told police on October 12, 2020 Mitchell had slapped her, grabbed her by the back of the head, and threw her to the ground and would scream at her. He then got on her back and began choking her and she has a scar on her chin where her chin rubbed against the floor from the incident.

She got away and went upstairs to the bathroom and Mitchell barged in and “backhanded” her causing the toilet to break.

She had pictures of her injuries.

Then on October 18, 2020, Mitchell came to her apartment and began searching through her purse and home because the woman owed him $100. Mitchell allegedly picked her up and threw her into a closet and choked her. He then threw her across a table. The woman did not have photos of those injuries.

Then on October 21, 2020 she says she was sitting on a couch when Mitchell struck her on the back of the head and grabbed her by the throat and choked her until she was unable to breathe. He then smacked her in the face. She was able to get away and leave the apartment. The woman had photos of those injuries.

Then on November 4, 2020, Mitchell came to the woman’s apartment and the two argued. Mitchell left the apartment but came back uninvited. He then “flipped out” and threw the woman against the wall and began choking her. At some point during the altercation the woman broke her toe. During the incident Mitchell broke the woman’s cell phone.

The woman was able to provide police with 11 photos of her injuries and a photo of the broken cell phone.

On November 30, 2020, police were able to talk to Mitchell by telephone and he agreed to come to the police department; however, he never showed up. Police called Mitchell again. He told police his attorney told him not to speak to police.

The information was then forwarded to the Lawrence County Prosecutor’s Office and a warrant was issued for his arrest.