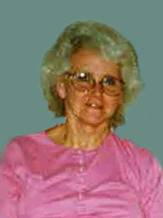 Norma retired from Essex Corporation and was a member of the Mitchell Pentecostal Church.

Funeral service will be at 11:00 a.m. Wednesday, December 23, in the Memorial Chapel of Chastain Funeral Home & Cremation Center with Pastor William Matthews officiating.  Burial will be in Mitchell Cemetery.