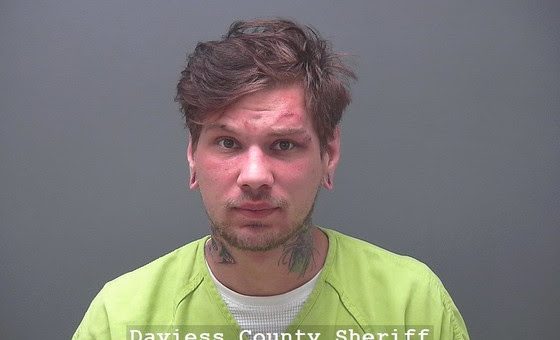 When Troopers arrived at Hughey’s residence, an RV Camper on his parent’s property, Hughey refused to come to the door. Hughey’s mother was able to unlock the RV and allowed Beaver and Wilson to enter. Hughey then barricaded himself in the small bathroom and continued to refuse the troopers’ orders to come out. At one point, Wilson delivered a chemical agent into the bathroom Hughey was barricaded in; however, the spray was unsuccessful.

Hughey sustained minor injuries and was taken to  Daviess Community Hospital where he was treated and released. Hughey was then transported to the Daviess County Jail.