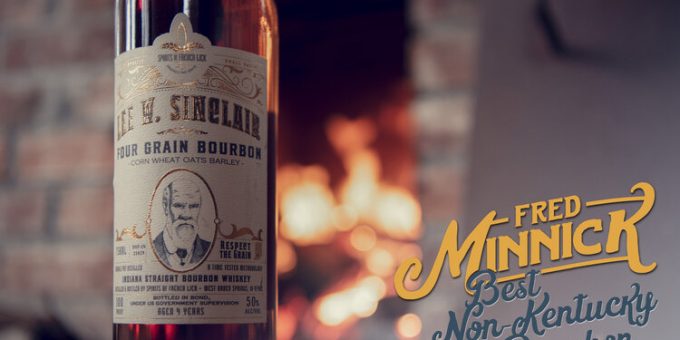 Spirits of French Lick released its Lee W. Sinclair Bottled in Bond in Summer 2020, in the midst of the pandemic.  Having turned four years old this year, the plan was to hold a release party for both the Sinclair and their Bottled in Bond High Rye Bourbon, The Mattie Gladden.  A statewide shutdown changed those plans, but Spirits of French Lick continued with their much-anticipated release and debuted their Lee W. Sinclair 4 Grain bourbon in July.

“We had to pivot our strategy,” said Jolee Kasprzak, Spirits of French Lick’s Marketing Director. “It quickly became more about the individual connection with our customers through online interactions rather than a big release party. Bourbon luminaries, like Fred [Minnick], are a big part of keeping fans abreast of new releases and encouraging them to support craft distilleries.”

Master Distiller, Alan Bishop, and Spirits of French Lick first released Sinclair as a two-year-old bourbon. While the younger bottle did receive a silver at the Denver International Spirits Competition, it’s the four-year Lee W. Sinclair that has people turning their heads.

Minnick writes “And so, as I am glad to give Spirits of French Lick (Indiana) my best Non-Kentucky Bourbon of the year, I can’t help but hope that small distiller look to what Spirits of French Lick has done with its use of multiple grains, lower distillation proof points with a pot still, make damn near perfect cuts of the hearts and tails, go into the barrel at a lower barrel entry proof and bottle at the right time. It sounds easy, but it’s not.  The Lee Sinclair 4-Grain Bottled-in-Bond (60% Corn, 17% Wheat, 13% Oats, and 10% Caramel Malt) may be the best use of oats in contemporary distillation. Oats, once commonly used in American whiskey, can throw off a fermenter and come out distilled tasting like mold. Bishop’s understanding of grains is why his whiskey continues to climb up in whiskey geek circles.”

Spirits of French Lick is distributed throughout Indiana, Kentucky, and Missouri with distribution opening in Louisiana and Mississippi in 2021.  Ecommerce distribution can be found through Seelbachs.com and Spirithub.com.