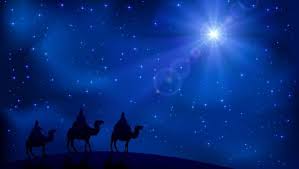 (UNDATED) – On Monday, Saturn and Jupiter are set to overlap and align called “The Great Conjunction”. The two planets will look like a single, bright star in the southwest portions of the night sky.

The event has been dubbed the “Christmas Star,” because some astronomers have theorized the “Star of Bethlehem” could have been a rare conjunction involving both Jupiter and Saturn.

It will be the first time such a close conjunction has been observable since 1226, according to EarthSky.

“This will still be quite a striking sight, but you will need to look fast as both planets will set shortly after sunset,” NASA’s website says.

Hoosiers interested in watching the “Christmas Star” line up should look into the southwest sky about 45 minutes after sunset. Sunset occurs in Indiana at 5:24 p.m. on December 21st, so it would be wise to head outside and start looking at around 6:09 p.m.

You can watch a livestream of the Great Conjunction of 2020 below, courtesy of Lowell Observatory. Beginning at 7 P.M. EST on December 21, Lowell astronomers and educators will share spectacular live views of Jupiter and Saturn through observatory telescopes while discussing the nature of conjunctions.

Monday also marks the Winter Solstice, bringing the shortest amount of daylight and the longest night.